Take a trip to the Wisconsin Dells of the past through images! Photos illustrating the hey-day of River attractions and Rock Formations along with the people and businesses that make the Dells what it is today! Click here to start the journey! 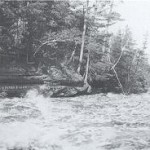 One of the oldest sites to appear on maps of the western Great Lakes region is the “Dalles” of the Wisconsin River. It was identified as a convenient reference point by French explorers in the 1700’s.

The name stuck after the French explorers left Wisconsin, with the spelling and pronunciation Anglicized as the “dells”.

When the railroad arrived in 1857, the new village established at the point where the tracks crossed the Wisconsin River, was named Kilbourn City in honor of the railroad’s president – but locals and visitors alike never stopped referring to the area as the “Dells”. In 1931, the city of Kilbourn officially changed its name to Wisconsin Dells. 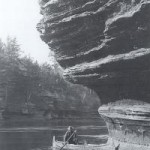 According to Native American legend it was a great serpent, wriggling down from the north and his home near the Big Lake, that formed the bed of the Wisconsin River. Crawling over the forests and the fields, his huge body wore an immense groove in the land and the water rushed in behind him. When he came to the sandstone ridge where the Dells begins he thrust his great head into a crevice between the rocks and pushed them aside to form a narrow, winding passage. At his approach, lesser serpents fled forming the canyons which lead off from the main channel. It was these timid, lesser serpents that formed Coldwater Canyon and Witches’ Gulch, so the legend goes.

The true story is just as exciting. When the great glacial lake of Wisconsin started to break free from its large ice dam the waters rushed free in a catostrophic flood and carved out the great rock formations we see today. It is hypothesized that the noise of the rushing water would have been heard up to six states away. 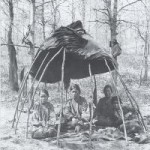 The Native Americans have played a considerable part in the history of the Dells and is still a factor in the economic life of this region. The Winnebago hunted buffalo and raised crops on the plains nearby and also fished in the river which either they or the Chippewa named “Meskousing” – “where the waters gather”. From the French spelling of this Native American term – “Ouisconsin” – came the present name of the river and the state.

Two of Wisconsin’s major Indian tribes, the Menominee and Ho-Chunk, have played significant roles in the history of the Dells. For more than 150 years the furs they trapped in local waters traveled east to the Great Lakes and across the ocean to Europe, making the Dells part of the international economy long before any European appeared here. 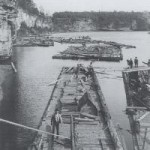 In the early days when lumbering was the state’s leading industry, the river at the Dells played a leading role in the drama of rafting. Down most of its length, the Wisconsin is a placid, tranquil river but at the Narrows of the Dells, where it is confined within high rocky banks and only fifty feet wide, it can become a wild and unpredictable terror to all who try to traverse it.

Before white settlers arrived in Wisconsin much of the state was forested. White pine was the first timber considered for commercial logging because it would float down the rivers when freshly cut. The first recorded logging on the Wisconsin River was by soldiers led by Lt. Jefferson Davis, later president of the Confederacy, in 1828 for the building of Fort Winnebago near Portage. 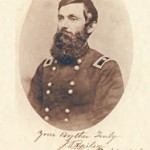 In 1861 President Abraham Lincoln issues a call for volunteers to suppress the rebellion in the southern states. Bailey answers his country’s call and recruits one hundred men to form the “Columbia County Rifles.” He is elected company Captain. The “Rifles” are mustered into the United States Army as Company D of the Fourth Wisconsin Infantry and ordered to protect the railroad connecting Washington D.C. to Baltimore, Maryland and the northern states. Making use of his skills as a construction manager, Bailey is detached from the Fourth Wisconsin to oversee construction projects: improving the levees on the Mississippi River, building fortifications, and other jobs as an engineer. 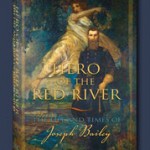 In 1864, Bailey is named Acting Engineer of the 19th Corps under General William Franklin and takes part in the joint army-navy expedition to invade Texas by way of the Red River in Louisiana under the overall command of General Banks. Defeated at the battle of Mansfield, the army is called back down the Red, but low water levels in the river trap the Union fleet of ironclad gunboats and monitors above the rapids at the city of Alexandria. Bailey convinces Banks and Admiral David D. Porter that he can build a dam that will raise the water level and free the naval vessels. Bailey builds a crib-and-tree dam similar to his dam on the Wisconsin and the Union fleet–worth an estimated $2 million, is free to continue the war and save the Union. For More on Joseph Bailey Visit the website GeneralJosephBailey.com and purchase the “Hero of the Red River the Life and Times of Joseph Bailey”. 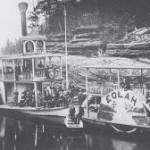 Wisconsin Dells is one of the oldest resort areas in the state. Kilbourn was not a year old on March 25, 1856, when Wisconsin Mirror editor Alanson Holly wrote in an article that, “We conclude that the wild, romantic scenery of the Dells will always make them a place of resort for seekers of pleasure.” At that time, the city consisted of eleven dwellings and one business building housing the printing office. 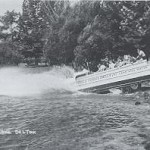 Ducks, the army surplus land and water vehicles, were first brought into Lake Delton by Mel Flath in 1946. He operated a tourist trip from land near the present Mexicali Rose until 1952. In 1954, the Olsons and Hellands bought three ducks and ran them in Mirror Lake. The Hwy 12 duck dock was built in 1954. From here these World War II vehicles gave their passengers a fun ride through the woods up hill and down dale, splashed into the Lower Dells below Echo Point, into Lake Delton, past Dawn Manor and old Newport and wind through the woods and canyons. 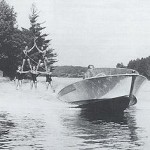 An early version of the Tommy Bartlett water ski show, 1950’s. Combining aggressive marketing with a new attraction, Bartlett changed tourism at the Dells. By locating on Highway 12, he helped shift tourist development to the Wisconsin Dells-Lake Delton strip. 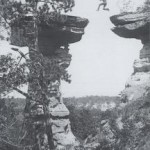 No history of Wisconsin Dells would be complete if it did not include H.H. Bennett’s stop-action photo of his son Ashley leaping to Stand Rock in 1886. The studio that H.H. Bennett founded in 1865 has been continuously owned and operated by successive generations of his family. It is the oldest family owned photographic studio in the United States.

In 1999 the State Historical Society of Wisconsin acquired the studio with its priceless collection of photo prints, negatives and antique equipment. The studio has been restored, and its doors are open to the public. 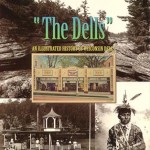 Designed with the visitor in mind, “The Dells, An Illustrated History of Wisconsin Dells”, has been published by the local experts who best know the story in combination with Wisconsin’s largest award-winning local history publishing company. This is the official story of how it all happened – how a little village set amidst stunning natural scenery became one of the country’s most popular vacation spots. 72 pages of stories and photos.