Choo-choo! Step into a real piece of history and hop aboard, as we discover the Riverside & Great Northern Railway in Wisconsin Dells!

The Riverside & Great Northern Railway originated as Sandley Light Railway Equipment Works in 1857, but didn’t make its way to Wisconsin Dells until 1953, where it operated successfully for many years. In 1982, after Elmer Sandley’s passing, the Sandley railway fell into bankruptcy and disrepair. The living museum idea came into effect 7 years after the railway’s closure. In 1988 a man by the name of Bill Fitt and a devoted group of volunteers started the Riverside & Great Northern Preservation Society, Inc., aiming to preserve the life of the railway. The Society acquired and restored two steam locomotives, #82 (built for the Milwaukee County Zoo in 1957) and #98 (built for the Knoxville Zoo).

Each morning it takes nearly an hour to fire up the Riverside & Great Northern locomotive. Under the locomotive is a 15-inch gauge light railroad track that spans 1.5 miles (3 mile round trip), with a turntable at each end. The train ride takes you through beautiful scenic canyons, towering wooded areas and majestic rock cuts. Guests are invited to step out and watch the turntables in action at each end of the track. With the train running at about 45mph, the entire trek normally lasts 30-40 minutes. Riverside & Great Northern Railway has even created a wheelchair accessible car so everyone has a chance to experience the rumbling power of the locomotive. Currently, the Riverside & Great Northern Railway team is built on a solid foundation of 200 supporters and year-round volunteers that devote their time year after year.

* TIP: We recommend taking a ride during the fall months; Riverside & Great Northern Railway runs their Pumpkin Trains during the month of October. Riders get to pick a free souvenir from a pumpkin patch during their ride.

Ad-Lit intern, Jessica Myklebust was lucky enough to tour the facilities and sit down with Jim Hagen at Riverside & Great Northern Railway. Jim’s history runs deep into the railway’s roots. He grew up near the tracks and began working for Riverside when he was just 14! Twenty years later (after serving in the Air Force), Jim is back at Riverside & Great Northern Railway. He fell in love with the trains and railway growing up, and couldn’t be happier to be around them once again!

So if you are looking for an afternoon of smiles and family fun, be sure to check out Riverside & Great Northern Railway on your next visit to Wisconsin Dells! 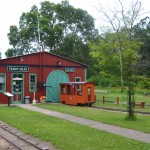 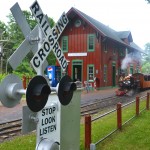 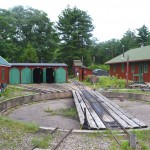 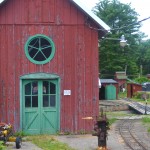 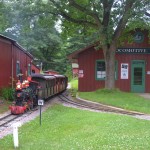 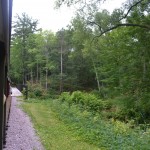