Let’s get the summer rolling with a new batch of movies at the Desert Star Cinema! June should be a great month for new releases!

This PG-13 movie will thrill and excite audiences everywhere. Tom Cruise stars in this science fiction, action thriller! An officer in the military who’s never seen the line of duty, Major William Cage (Cruise) is sent on a suicide mission to defeat invincible alien invaders. His near immediate death sends him into a time loop, fighting the same battle over and over. Will he learn enough from the re-occurring battles to defeat them once and for all? 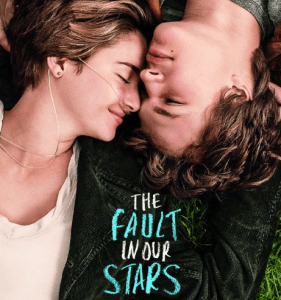 This drama-filled romance is the perfect chick-flick for June. Hazel, a 16-year-old girl is stricken with cancer and looks to a support group for strength. While attending the groups, Hazel falls in love with Gus who shares her affinity for life and books. When Gus greets Hazel with the opportunity to meet her favorite author, they take off on the adventure of a lifetime. Bring a box of Kleenex, this film is rated PG-13.

It’s been 5 years since Hiccup and Toothless united the ruthless vikings of Berk with their large, flighted dragon crew. While exploring new, uncharted lands, they stumble upon a cave filled with hundreds of wild dragons and Hiccup’s long-lost mother, Valka. Soon, Hiccup and his dragon friend find themselves in a battle to protect their home from a power-hungry warrior. This vivid fantasy movie is rated PG, and is great for a family audience during a rainy Dells day!

After finally finishing high school, officers Schmidt (Jonah Hill) and Jenko (Channing Tatum) are in for a wild ride as they go undercover at a local college. This comedy focuses on a dysfunctional pairing of two young men. Can they look past their differences, grow-up, and pull it together in order to crack the case?

You’ve probably seen the great trailers on TV and know that Warner Bros. Pictures is releasing a toe-tapping, musical biography directed by Clint Eastwood in the middle of June. Jersey Boys will focus on 4 young men struggling to survive on the wrong side of the tracks. The group eventually forms an iconic 60’s music group! This movie is rated R. 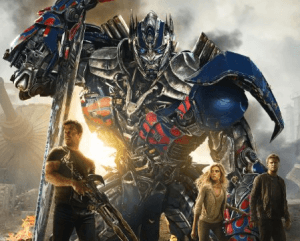 Paramount Pictures and Michael Bay are at it again with Transformers: Age of Extinction. Humanity is just beginning to pick up the pieces after an epic battle as a power struggle starts. Transformers fans can’t wait for the release of this new-age sequel. Expect to see some state-of-the-art computer graphics! This science fiction, action adventure film is not yet rated.

So grab a drink and some popcorn from the concession stand and be ready to shed a tear, laugh hysterically, and get lost in the characters at the movies this June!