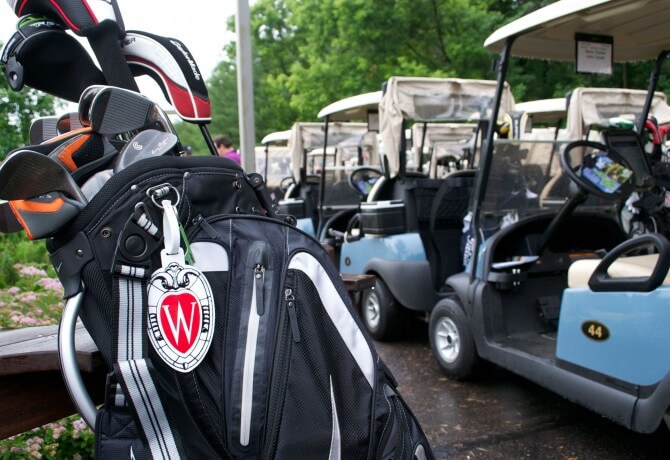 The 17th Annual Golf Outing for Kids benefiting Easter Seals Wisconsin was a great success for 2013, with an excellent turnout this year including current and former Badger athletes along with other Wisconsin notables. Golfers teed off at both Trappers Turn Golf Club and Wild Rock Golf Club to show their support.

Over the past 17 years, the Golf Outing for Kids event has raised nearly 1.75 million dollars benefiting Easter Seals Camp Wawbeek and the Wisconsin Elks/Easter Seals Respite Camp. This year, Camp Wawbeek celebrates its 75th anniversary, making it the oldest, continuously-operating Easter Seals Camp in the United States. Camp Wawbeek provides a barrier-free environment for kids and adults with disabilities to challenge themselves and meet new goals while enjoying traditional camping experiences. According to many campers, their visit to camp is the highlight of their year!

Children’s lives are being changed substantially due to the effort and support of everyone involved in the yearly golf outing. Thank you to all participants of the 17th Annual Golf Outing for Kids.