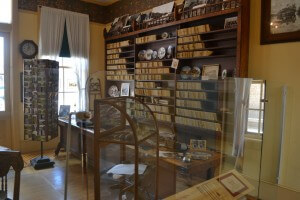 Make your next trip to Wisconsin Dells fun and educational! The H.H. Bennett Studio is the perfect place to make that happen.

The H.H. Bennett Studio State Historic Site opened to the public in 2000 and is a tribute to the photography and life’s work of Henry Hamilton (H.H.) Bennett, the man who made Wisconsin Dells famous!

Just one step into the H.H. Bennett Studio and you’ll be whisked away to another time! The photos featured in the studio were taken by Bennett from 1865 to when he passed in 1908. Bennett purchased his original studio from Leroy Gates in 1865 and later designed and built his second studio in 1875 (the latter is featured at the center) and morphed it into a family business where everyone lent a hand! 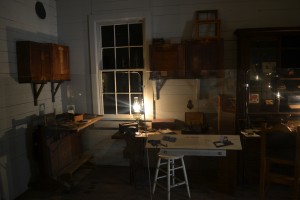 Bennett played a huge hand in helping make Wisconsin Dells a true tourist destination. He moved to the area with his father in the 1840s and helped to promote the Dells by selling his brilliant photography and souvenirs. He worked diligently at making 3D and panoramic photos of everything the Dells had to offer, focusing on the breathtaking landscapes. H.H. Bennett was also enamored with the rich lumber industry of the area. He and his son Ashley spent a week on a 100 mile journey atop lumber raft on the Wisconsin River. They followed the movements and stories of the raftsmen and documented their journey in a series of thirty photos.

Some of Bennett’s most famous works are his revolutionary stop action pieces. In order to help stop time/motion, Bennett created a stop action shutter for his camera. Plans for the stop action shutter began in 1874 and were perfected by 1886. His invention used rubber bands that snapped the shutter closed and allowed for an instant capture. One of the most memorable stop action photos Bennett captured was of his son Ashley jumping the gap at Stand Rock. 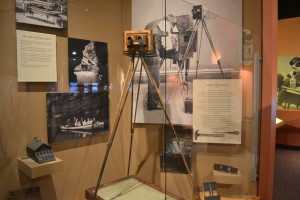 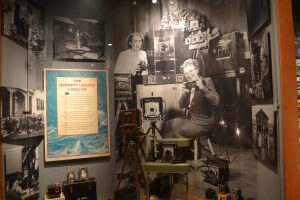 H.H. Bennett’s printing house was one of only two like it in the United States. By turning the entire building using a large iron wheel and rollers, the photos were able to develop with the use of natural light through skylights. By turning the building, Bennett was able to get best use of the sun’s rays by keeping it positioned on his negatives.

After Bennett’s passing in 1908, the family continued the business until 1998 when they donated the items to the Wisconsin Historical Society to create the H.H. Bennett Studio State Historic Site, which opened in June, 2000. Three of H.H. Bennett’s great grand children, Debbie Kinder, Betsy Grant, & Lisa Hendrickson remain active in helping to preserve the legacy of their great grandfather through the Friends of H.H. Bennett Studio. The historic studio is now home to several photos of Bennett in the early 1860s when he was a part of the Wisconsin Volunteer Infantry during the Civil War and photo upon photo of Bennett’s finest Wisconsin Dells captures. 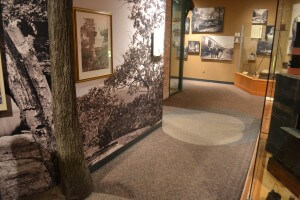 “My energies for near a lifetime have been used almost entirely to win such prominence as I could in outdoor photography, and in this effort I could not help falling in love with the Dells…” – H.H. Bennett, 1907